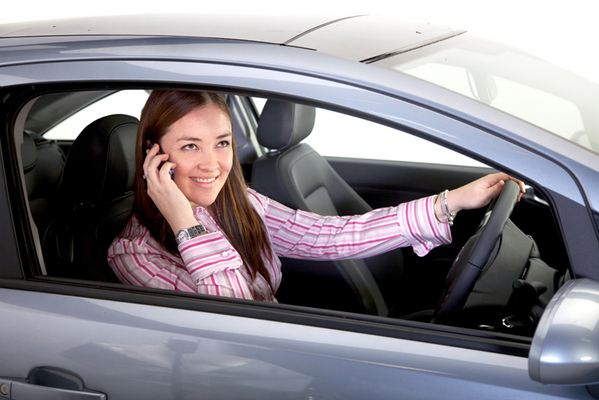 CarSafe: The Smartphone App That Might Just Save Your Life

Ask ten friends what the greatest danger to our roads is and chances are, most of them will say “drunk driving.” Over the last 20 years though, drunk driving rates have decreased, while traffic fatalities have increased. The reason for this is a new emerging problem: distracted driving. In 2010 alone, over 3000 people were killed in accidents caused by distracted driving. With new mobile technologies emerging every few years, society has become caught in a technological arms race. The desire to check the Internet while driving and the compulsion to check Facebook and Twitter on the go has become fatal. Generation Y, the Millennial generation, is the most technologically adept generation in history. General Y grew up with the personal computer, the Internet, the PDA, and the very first smart phones. A 2007 study found that people born between 1983 and 1992 used technology at a far higher rate than previous generations.

Many young drivers use their cell phones in the car because they do not believe it is dangerous. Over 90% of students surveyed said they multitask while texting. Chances are, young drivers feel a sense of youthful invulnerability that numbs them to the threat of actual danger. Studies show that texting while driving increases a driver’s risk of causing a crash by 2300%. Sending a single text takes a driver’s eyes off the road for 4.6 seconds, during which a car driving at highway speeds can travel over 400 feet.

CarSafe: Making Our Roads Safer One Phone At A Time

A new smartphone app called CarSafe aims to detect dangerous situations and alert drivers to them. The front camera monitors the driver for signs of distraction or fatigue, while the back camera monitors the environment for hazards such as traffic, weather, or if another car is too close. The app uses a series of lights and symbols to alert the driver to various dangers. If the app detects that the driver is tired, it will display a coffee mug on the smartphone screen. If the app senses that another car is too close, a red sign will flash. All warnings are accompanied by audible alerts so the driver keeps their eyes on the road. In addition to this incredibly useful app, Scientist Andrew Campbell, the lead developer of CarSafe, says the team is now working on a method of detecting drunk driving. The team plans to release the app as a free download sometime in late 2012.

Tom is a developer for a small mobile dev shop, he also enjoys working on his cars in his free time. He often writes about tips about buying used nissan cars and fixing them up used cars. He also is a member of his local city council.

In case of sale of your personal information, you may opt out by using the link Do Not Sell My Personal Information

Do you really wish to opt-out?