5 Apps And 5 Great Lessons To Learn

DailyTool Posted on February 21, 2014 Posted in General No Comments

The world of apps is full of different apps and breaking yourself into this market isn’t very easy. It is a good idea to take some time and look at what some of the most successful apps have done right and find ways to implement these in your own app development and marketing. Here are five great apps and five lessons to learn from them. 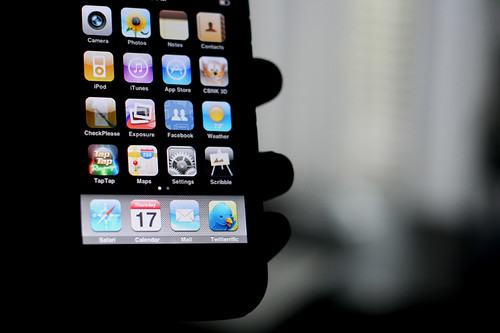 Instagram has become such a popular platform for sharing images and its success is partly due to the great way it used influential people to launch it.

At the start it invited some very famous people in the technology world to test it out and once they started spreading the message the public soon followed.

Instagram also cleverly used other social media platforms to improve the user experience. Instead of making it only possible to keep the photos within the platform, it is easy to share them on Twitter and Facebook, for example.

It is also a good idea to make sure your app gets enough press attention. For instance, as soon as the technology magazine TechCrunch wrote about Evernote the app become an instant hit among users.

The coverage helped Evernote to get people interested in the app and sign up for the beta version. Once users found the beta experience good they also helped to spread the word and get more people excited about the app.

3. Camera+ – Be Vocal On Social Media

One of the apps that best highlights the importance of social media for app marketing is Camera+. The company spent a lot of time on focusing on Facebook and other social media platforms and received a lot of publicity with their online campaigns.

They also realised very well that many apps are suitable for international release and don’t just need to focus on local markets. The app was very good at creating a buzz even outside the US.

It is crucial that your app has a very simple idea and the app Clear perfectly illustrates this. If you don’t know about this app then it is such a simple interface with no extra clutter or fancy gimmicks all over the place.

It is an app that is all about creating lists and it does it in a very unique yet simple way. It really highlights how an idea doesn’t need to be very elaborative in order to succeed in the app market.

Another app that really succeeded with a clear idea is Snapchat. It is a simple idea of taking a photo and sharing it with a community and having the message disappear in a few seconds.

Because of this clear idea the developers were also able to create a lot of buzz around the app. The app also appeared to spread like wildfire because it was shared so much among the users. Creating this community with your app is really crucial in order to make it succeed.