Smartphone Apps Parents Should Look Into If They Have A Teenager

DailyTool Posted on January 29, 2014 Posted in General No Comments

Parenting is a very challenging task to begin with, but once you add mobile-using, texting, internet-surfing on top of that, it means you need to create a whole new set of digital rules. With the teenager’s easy access to smartphones and the availability of various smartphone apps in the market today, parents should always be on alert and monitor the apps used by their teens.

According to the recent study conducted by Pew Research, 58% of all teenagers who are between the ages of 12 and 17 have downloaded applications to their smartphone apps. This leads to the rise of sexting, prostitution, child abuse, bullying, and drugs through the use of third party mobile apps. Although parents can use certain applications to keep tabs on their children, there are also apps that become a tool for teens to engage in risky behavior due to the lack of parental guidance. Here are some of the most common apps used by teens that parents should monitor, as well as some apps that parents can use to keep track of their teens. 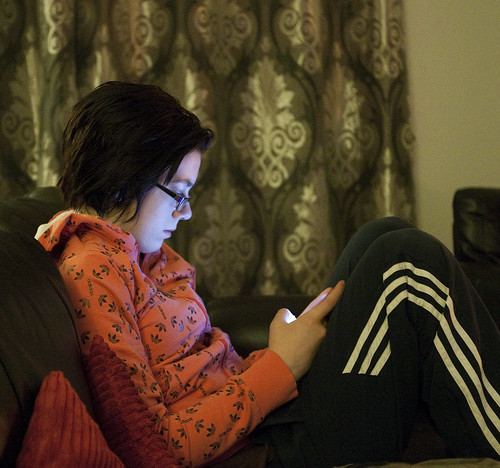 SnapChat: Teenagers love this app because it allows them to send images and videos to their friends. What makes this app appealing for many teens is its time limit feature wherein the user can set a time limit on how long the receiver can view the image. After the limit, the snap self-destructs; thus, it will be deleted from the user and receiver’s phone and from the Snapshot Servers.

As a parent, you should learn more about the dangers of using this app. For one, it is the number one sexting app in the market. There are certain teenagers who send nude photos to their boyfriends or girlfriends under the assumption that the photo self-destructs. Unfortunately, the photos are never entirely deleted from the receiver’s phone; thus, the photos can be used. Someone might put up the nude photos online, damaging your teen’s reputation. In addition, your teen might face possible criminal charges because the photos can be used as evidence against them.

Whisper App: This is a teen confession application wherein the user can place text over a picture. This app is a great venue for teenagers to share their raw feelings and emotions over a picture. Unfortunately, this app can also be used for other purposes, such as cyberbullying. Because the users stay anonymous, teenagers can post pictures of other teens and place derogatory text on the image.

In addition, although teenagers do not need to register to use this app, it still allows users to communicate with other people who are nearby using the GPS feature. Pedophiles can use this device to seek out females users and build a relationship.

Footprints: This application is not used by teenagers but it can be used by parents who want to know where their children are. This app uses GPS in real time and helps you keep track and locate your children’s whereabouts. With this app, you can find out if he or she is traveling alone or if he is meeting with friends. Footprints will help you monitor your child and make sure that he or she is not meeting with people he or she shouldn’t be with. It also assures you of his or her safety.

Amber Alert GPS: This is another tracking app for parents which is dedicated to kid’s safety. It helps you receive emails and texts if an alert is triggered. It also lets you know if your child ventured out of a safe zone. It even sends an alert if your teenager comes within 500 feet of a registered sex offender which is very helpful in protecting your child. Your child can also use the SOS button to let you know that they need help.

Kris Bennette has been writing professionally for more than two years. She occasionally writes about the latest smartphone apps for online publishing.