Download With Care — Apps That Can Get You In Trouble

DailyTool Posted on January 2, 2014 Posted in General No Comments

Yes, you have the freedom to download just about anything to your android phones or tablets. But there are certain kinds of apps that you should download with care. If you get them for a gadget that your parents regularly check or for an electronic device that was provided to you by your company, chances are that you can get in serious trouble if these are discovered. Plus, just in case you get involved in something illegal, the presence of such apps in your gadgets will definitely put you at a disadvantage.

It’s important to be careful and prudent when downloading apps to your gadgets. Although a computer application seems harmless, these can have a huge impact on your life. Some can develop positive skills and some are made to further education. Others, however, only cultivate negative and, at times, dangerous practices, and these are the apps that you should be wary of. Here are some examples of apps that can get you in hot water.

When you hear the phrase “man’s best friend,” the first thing that comes to mind is an image of an adorable dog or puppy. Canines are truly loyal companions, and they help keep your home safe too. But some people are not animal lovers and they get involved in activities that are deemed cruel to animals. These days, animal cruelty is not just about physically harming a creature. Because of the available technology at our fingertips, some individuals have also developed certain computer applications that further emphasize malicious activities, such as dog fighting. 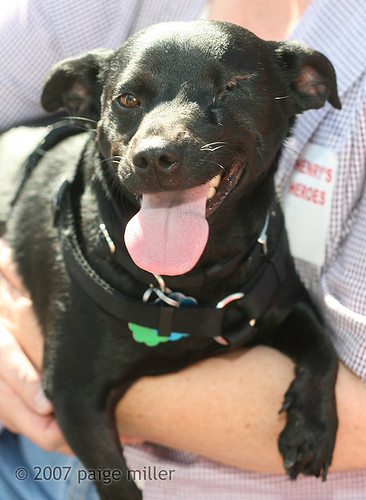 KG Dogfighting is one example. Here, a player can train dogs and pit them against other gamers’ dogs. This has gotten the attention of ASPCA (American Society for the Prevention of Cruelty to Animals) that has implored Google to remove this from the app marketplace. Before downloading similar apps, remember that dog fighting is unlawful in all 50 states, and fostering bad practices by playing these types of games could nurture violence to animals.

Weed Farmer and Other Apps That Highlight Illegal Drugs

Have you ever played Farmville on Facebook? Weed Farmer is almost the same; however, with this app, you’ll be growing marijuana instead of crops or flowers. When playing, you can communicate with other gamers and share tips. Other kinds of related apps are the following — Roll a Joint, Nose Candy, Garden of Weeden, and Smoke a Bowl. These apps seem to be doing good based on the number of downloads. However, because they draw attention to destructive and prohibited activities, some (if not all) of them are not on iTunes.

If you have already downloaded any of these apps, just use them at home where you have privacy. Your career could go up in smoke if you furtively play during office hours and the manager catches you doing it. Moreover, employers now conduct random drug tests, and the presence of this app in your phone can only make authorities even more suspicious of you. Instead of embracing your curiosity about illegal drugs, maybe it’s better to focus on learning about dangerous drugs and how to avoid them. Click here to learn more so that you can better protect your health instead of focusing attention on activities that might only encourage you to get involved in risky criminal activities.

Hackers are glamorized on screen, but the law still considers them as criminals. Obtaining other people’s personal or financial details is a crime. Listening to phone conversations, accessing others’ emails or personal sites, as well as stealing corporate secrets are just some types of illegal activities that not only intrude on privacy, but also go against proper ethics. These can all be done through hacking, and there are now apps that could be used for such activities. Penetrate Pro, Network Spoofer and dSploit are just a few examples.

This blog post was contributed by Claire Taylor. Her articles often tackle legal issues, and she hopes that these will entertain and inform readers.